What Is China White Heroin? 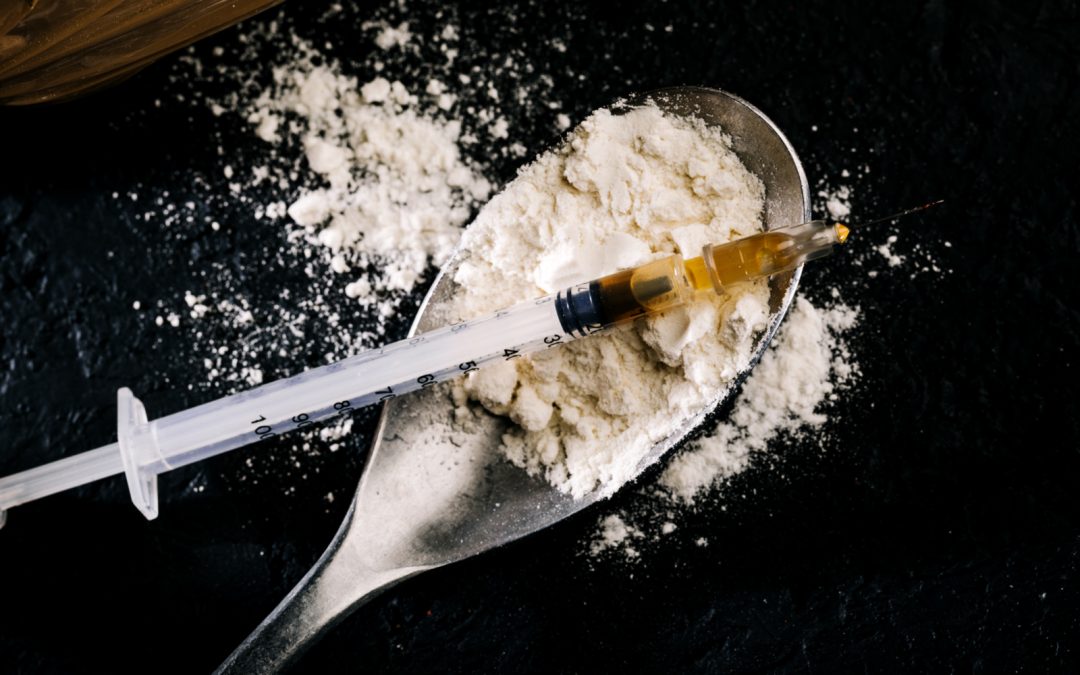 The ongoing opioid crisis in America has taken a turn for the worst since the start of the pandemic. Since 2020, there has been an increase in opioid-related overdose deaths of nearly 25% nationally. One of the major reasons for this sharp increase in the presence of synthetic heroin being sold on the streets. These types of “designer drugs” are often contaminated with other known opioids like fentanyl or carfentanil, and are responsible for thousands of overdoses each year. One drug, in particular, China White heroin, is especially worrisome, as it contains extremely high levels of fentanyl and other toxic chemicals. Below is everything you need to know about synthetic heroin, and where you can get help for addiction today.

What Is China White Heroin?

Over the years, the term “China White” has been used to describe many things. In the 60s, the term was coined to describe heroin that was brought to the United States by drug traffickers from China. Heroin was later referred to as China White in the early 80s as a form of slang. However, the term has taken on an entirely new meaning since the emergence of synthetic drugs. Today, China White drugs are a type of synthetic, or manufactured, heroin that has been laced with drugs like fentanyl, furanyl fentanyl, carfentanil, or other similar opioids.

What makes drugs like China White Heroin so dangerous is that the term doesn’t refer to a specific type of drug. Rather, the term is used to describe heroin that may contain many different chemicals. This makes getting reliable information on China White heroin even more difficult than most illegal drugs. It also makes recreational use much more dangerous, as many users may be unaware of what they are using.

The most common drug sold as China White heroin is furanyl fentanyl. Furanyl fentanyl is a synthetic opioid that is derived from fentanyl, an opioid painkiller found in most emergency rooms. Other common chemicals found in samples of China White Heroin include 3-methylfentanyl and acetyl fentanyl. These chemicals are thought to be the result of contamination during fentanyl production. This contamination can lead to lower purity and more irregularities in the final product.

Street dealers will often sell this contaminated product as China White heroin to make it appear purer. They may also lace their heroin with China White to make it more potent, which can increase the risk of overdose. Either way, the synthetic nature of China White heroin makes it much more dangerous than other types of heroin.

How Dangerous Is China White Heroin? 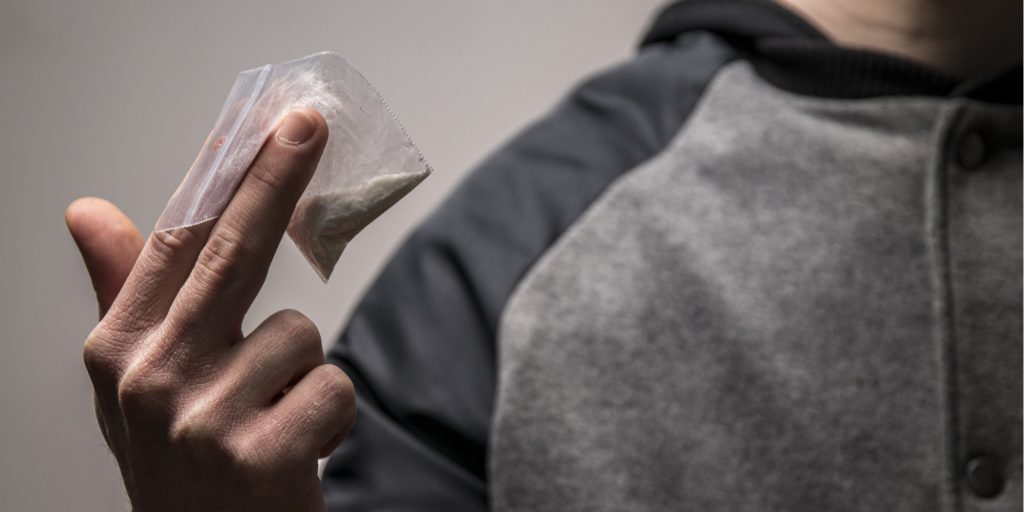 China White heroin and other fentanyl-laced drugs have proved to be extremely dangerous. This is especially true in Florida, which currently ranks second in overdose deaths. Heroin can have serious effects on the body, especially synthetic types like China White. The effects of heroin are nearly immediate and can be felt even in small doses. Since drugs like China White heroin are opioids, they can suppress your breathing to potentially lethal levels.

China White heroin is often contaminated or laced with other dangerous chemicals like fentanyl or its derivatives. This can lead to serious complications in cases of an overdose. People high on the drug who enter the emergency room may seem like they’re overdosing on heroin or another opioid, but the symptoms are more complicated because fentanyl derivatives are far more powerful. When used alongside other substances, particularly other depressants like alcohol or benzodiazepines, China White heroin has a high likelihood of causing the user to pass out and stop breathing entirely.

China White heroin will often mimic the effects of other types of heroin. However, since China White is usually made of furanyl fentanyl, it can be up to 50 times more potent than heroin. People who report using heroin laced with fentanyl typically report feeling a surge of pleasurable sensation, otherwise known as a “rush.” The high obtained by using China White heroin varies depending on how much is used but will often involve a euphoric-like high that lasts about four to six hours.

Other common side effects of China White heroin include:

Understanding the effects of China White and other opioids can help you spot the potential warning signs of an overdose.

Signs of an Opioid Overdose

An overdose is one of the most common risks associated with using heroin or other opioids. An opioid overdose happens when a person takes too much of an opioid, or a combination of opioids and other drugs, at a level that is toxic to the body. Since China White heroin is usually contaminated with any number of chemicals, it can be difficult to know exactly what drugs are being taken. This not only increases the risk of an overdose but can also make it difficult to spot.

If you are ever unsure, it’s always best to assume that an overdose is happening, you may even save a life this way. Common signs of an opioid overdose include:

The best way to stop an overdose from happening is to stop addiction in its tracks. However, quitting heroin cold turkey can be extremely dangerous, and can even be lethal. For the best chances at recovering from an addiction to heroin, seek professional addiction help. Thankfully, for residents of the central Florida area, that help is just around the corner.

Get Help for Heroin Addiction in Central Florida 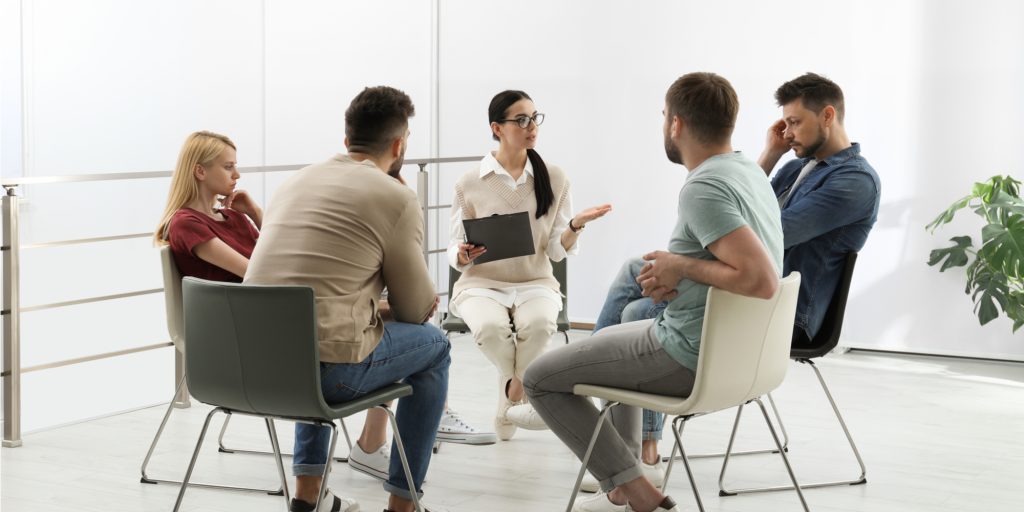 The Blackberry Center in St. Cloud, Florida is one of Central Florida’s leading addiction and mental health treatment centers. At our facility, we offer our patients a safe and calm environment where they can address their addiction and mental health needs head-on, without fear of failure. Our world-class staff is built of a wide range of experts including addiction specialists, psychiatrists, physicians, and nurses who have helped hundreds of people just like you overcome addiction.

If you or someone you know is struggling with addiction to China White heroin or any other opioid, help is waiting for you. Our opioid detox program can help you manage withdrawal symptoms with 24/7 medical supervision. In this way, you can safely detox from heroin without worrying about side effects or the temptation to relapse.

We also offer inpatient treatment for heroin addiction where you can focus on making a complete recovery from addiction. Each treatment plan is tailored to the individual’s unique needs, but some of our addiction recovery treatment options include:

If you or someone you know is struggling with an addiction to China White heroin or other synthetic opioids, the time to get help is now. Give us a call today at 888-512-9802 to speak with one of our admissions specialists, or contact us online by using our confidential contact form. Take your first step towards recovery today by contacting The Blackberry Center.