How to Recognize Drug-Induced Psychosis 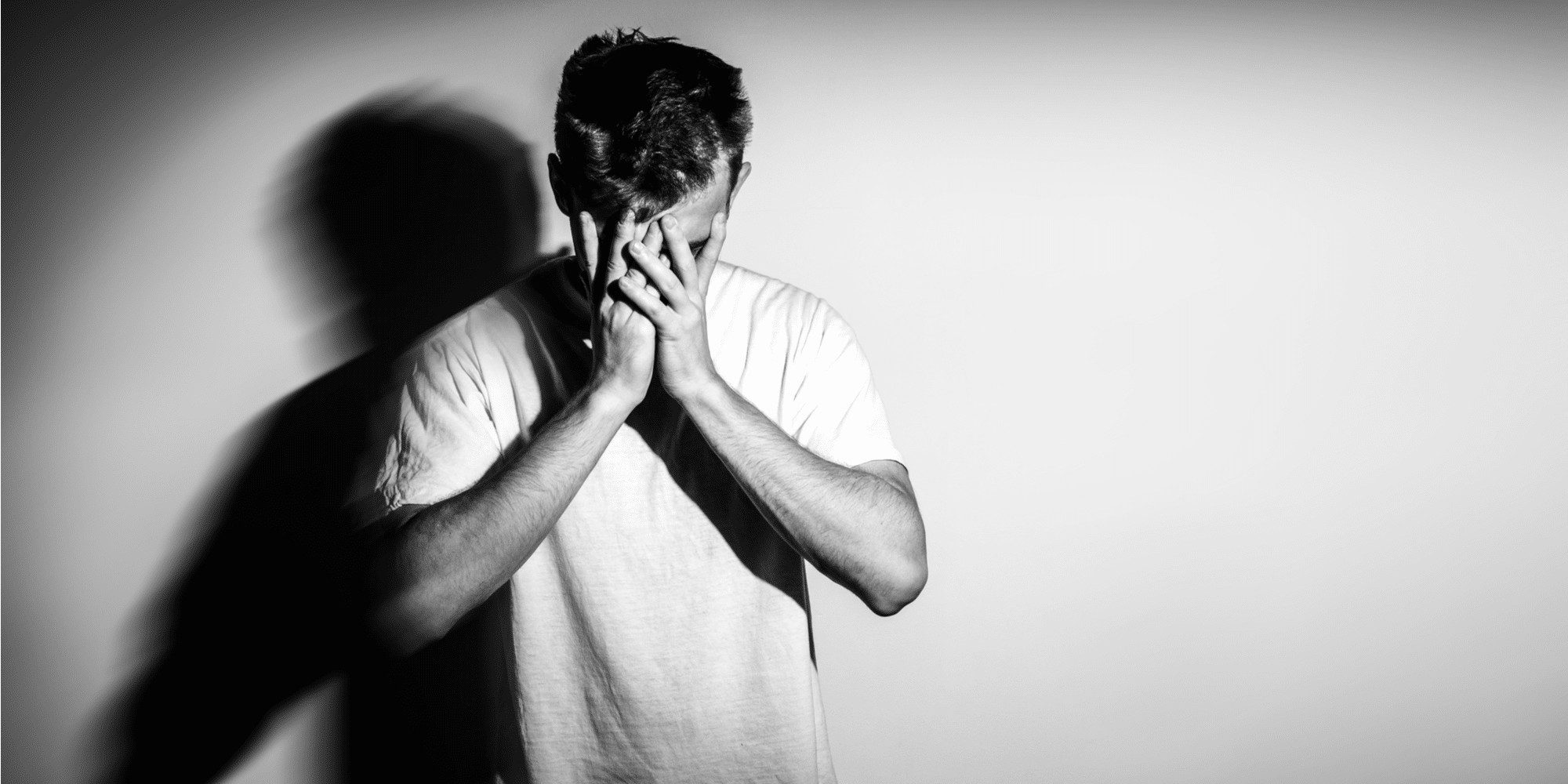 Drug use is on the rise in the United States, especially in Florida. In 2019, the Centers for Disease Control and Prevention (CDC) reported nearly 5,300 drug overdoses in the state of Florida, the second-highest in the U.S. It’s not just drug overdoses that are on the rise in Florida, it’s admissions to treatment centers as well. In 2018, there were nearly 11,00 admissions to rehabilitation centers for opioid use alone. One of the more common conditions rehabilitation centers are seeing is what is known as drug-induced psychosis.

What Is Drug-Induced Psychosis?

Psychosis is a mental health problem that temporarily causes someone to interpret the world around them differently from others. Drug-induced psychosis refers to a type of psychotic episode which has been caused by abuse of a substance (for example, stimulants, prescription drugs, or excessive alcohol) that has directly triggered a psychotic reaction. The psychosis experienced is often characterized by delusions or hallucinations, which are a disconnect from reality.

To explain further, hallucinations are sensory experiences that do not have an external cause. The most common type of hallucination is visual hallucinations. These can include seeing animals or people when there are none around.

Alternatively, delusions are beliefs that do not match up with reality. While delusional thoughts can often involve things that feel real but aren’t, they are not the same as a hallucination. An example of a delusional belief would be thinking that someone or something is out to get you, such as the government or a secret organization.

Drugs such as cocaine, opioids, and hallucinogens can worsen symptoms of existing mental illnesses. However, taking these types of substances for a long period of time can also cause you to develop symptoms of psychosis, such as paranoia.

Drug use complicates the diagnosis of psychosis. This is because it can be challenging to distinguish drug-induced psychosis from other forms of psychosis. 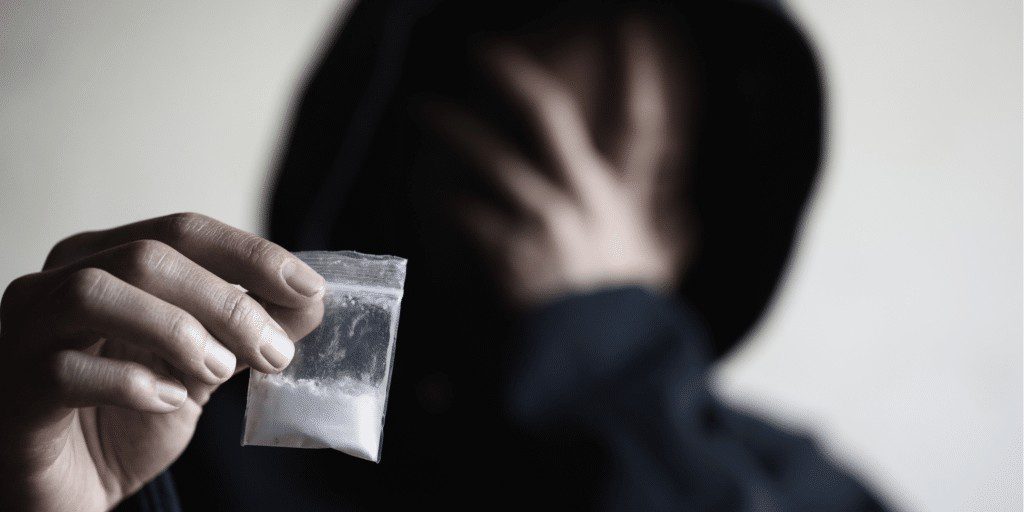 Many drugs, especially hallucinogens like LSD, cause hallucinations and delusions. The psychotic symptoms associated with drug use can be intense and tend to come on more suddenly and aggressively than psychosis associated with a mental health diagnosis such as schizophrenia. Drug-induced psychosis may appear suddenly in a drug user who has never before experienced a psychotic episode, or it can steadily get worse over time.

Symptoms of drug-induced psychosis include:

Drug-induced psychosis differs from other types of psychosis in a few ways:

Some people may experience what is known as “mixed psychosis.” This is a condition in which someone already has symptoms of psychosis and then develops psychotic symptoms from drug use. One of the most common types of mixed psychosis is drug-induced schizophrenia. Mixed psychosis can be difficult to diagnose, and will most often require specialized dual-diagnosis treatment.

What Drugs Cause Psychosis?

It’s important to remember that any drug that changes the brain’s chemistry, including drugs that don’t typically cause hallucinations as part of the “high,” can cause psychosis. That said, many substances may bring about drug psychosis, including drugs you may not attribute having psychotic symptoms with.

Some of the more common drugs that can cause psychosis include:

Some prescription drugs can cause drug-induced psychosis. These include drugs like muscle relaxants, antidepressants, or antihistamines. Even widely used drugs such as non-steroidal anti-inflammatory drugs can sometimes trigger a psychotic reaction, although this is very rare.

How Long Does Psychosis Last?

A common question asked by many people is, “how long does psychosis last?” The answer to that question can vary depending on what type of drug is causing the psychotic episode, although most cases will last less than a day. Drug-induced psychosis typically only lasts until the drug has cleared from the body. This means heavy drug users may experience longer-lasting symptoms because there is more of the drug in their bodies.

When illicit drugs like amphetamines, PCP, or other hallucinogens trigger a psychotic episode, the symptoms may last longer, sometimes for several weeks. Long-lasting drug psychosis may also be caused by an underlying mental health condition such as bipolar disorder or schizophrenia.

Although rare, certain drugs can change the brain by damaging neurons or altering chemical levels. This can cause someone to be diagnosed with a mental health disorder that they may have previously not had. The reasons why this happens are not fully understood. This may be since many people with mental health disorders use drugs, which can make it difficult to assess which mental health conditions merely appear following drug use and which are the result of drug use. 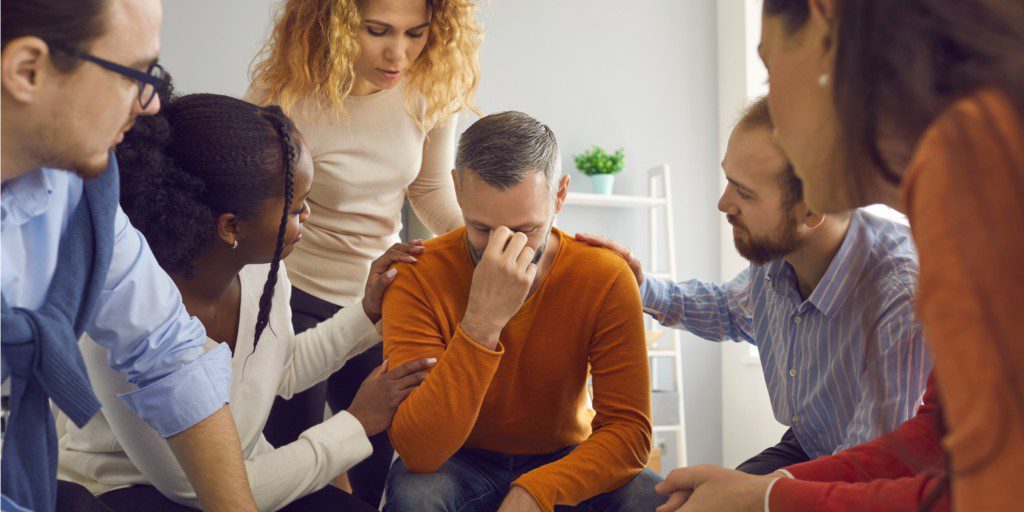 If you or someone you know is struggling with a substance use disorder, the time to get help is now. Drug-induced psychosis is a serious condition that requires specialized, around-the-clock care, and can be extremely dangerous if left untreated.

At the Blackberry Center in St. Cloud, Florida, our team members are no strangers to drug psychosis. We understand that each case is unique, will formulate an individualized plan to get you on your path to recovery.

Treatment for drug-induced psychosis often starts with a medical detox program. This is important for many reasons, mainly because drug withdrawal can be dangerous, especially when psychosis is involved. That said, professional drug detox at the Blackberry Center can help you rid your body of drugs while making sure your health is protected and you’re kept as safe and comfortable as possible.

Once detox is completed, many people who suffer from drug-induced psychosis enroll in our inpatient addiction treatment program. Here, our patients have access to several different treatment programs that can be tailored to their exact needs. Some of these programs include:

Dealing with drug-induced psychosis can be difficult, but you don’t have to face it alone. To learn more about our drug addiction and mental health programs, call our admissions team at 888-512-9802, or contact us online using our confidential contact form. Whichever way you choose, the Blackberry Center in St. Cloud, Florida is here to help.