Is Rainbow Fentanyl a Threat? What You Need to Know 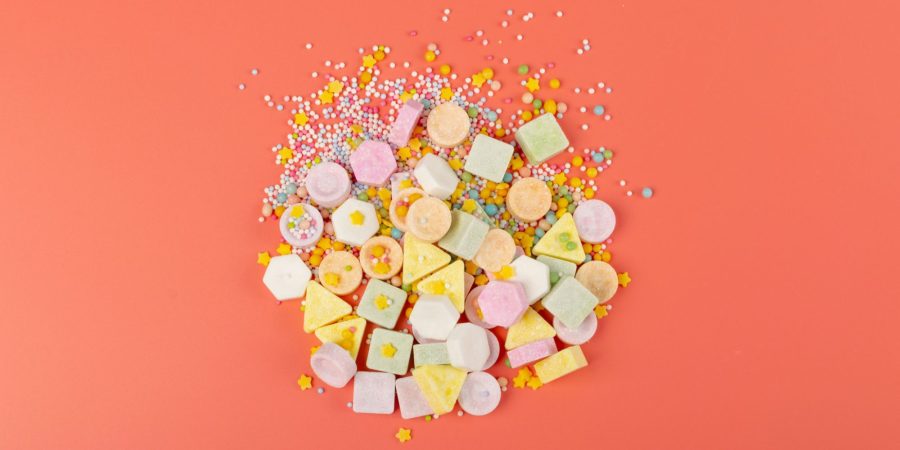 News stations across the country have been talking a lot about colorful, candy-like pills. Despite their appearance, however, they are highly addictive and very dangerous. Known as rainbow fentanyl, these unassuming pills pose a substantial health risk to vulnerable populations, such as the nation’s youth.

The United States Drug Enforcement Administration (DEA) recently seized over 15,000 rainbow fentanyl pills in New York City. The seizure was only one part of an ongoing operation, in which law enforcement officers removed over half a million lethal pills from the streets of New York.

Rainbow fentanyl threatens more cities than New York. In the same timeframe, DEA seized over 36 million lethal doses nationwide. Considering that only about four in 10 pills carry lethal doses, the issue is no small matter.

Because rainbow fentanyl has gained so much recent attention, we at The Blackberry Center wanted to take the time to clarify some of the facts about them. We will also discuss how to get help for fentanyl addiction if you or a loved one have gotten involved.

What Is Rainbow Fentanyl? 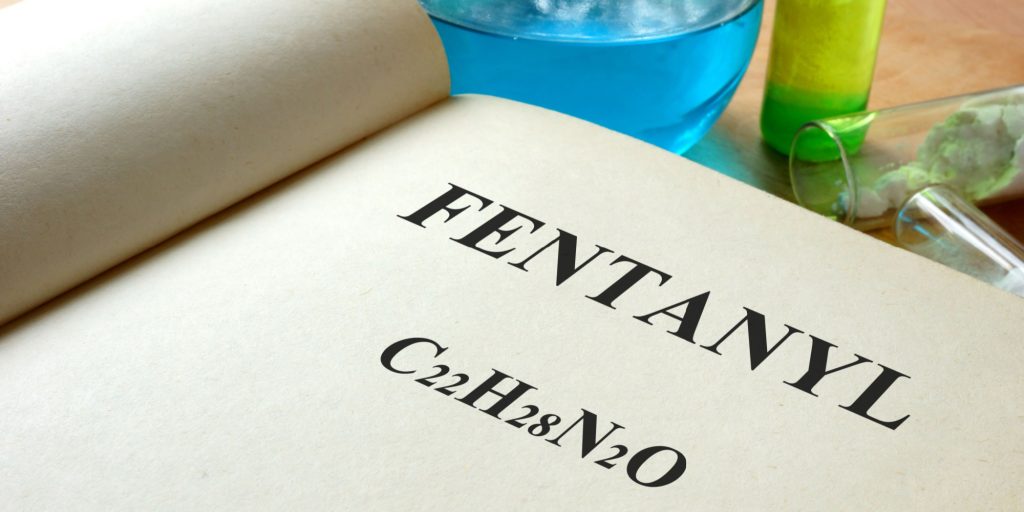 In addition to providing pain relief, fentanyl may also cause effects like:

Rainbow fentanyl is a version of fentanyl that comes in a variety of bright colors, shapes, and sizes. For example, it may take the form of pills, powder, or blocks that resemble sidewalk chalk.

Aside from its appearance, its potency and highly addictive nature both remain the same as standard fentanyl. Some people claim that certain colors are deadlier than others, but so far, DEA laboratory testing shows no correlation between color and potency. Any rainbow fentanyl pill can contain a lethal dose.

Drug overdoses are a major cause of death in the United States, especially when it comes to opioids and their synthetic relatives. According to the Centers for Disease Control and Prevention (CDC), the number of drug overdoses related to fentanyl continues to climb. Recently, it passed figures as high as 71,000 deaths in a single year.

In fact, it has reached such an extent that synthetic opioids like fentanyl are now responsible for the most drug overdose deaths in the United States at more than 60 percent. With the addition of rainbow fentanyl pushing even more people toward illicit drugs, these numbers may only increase further.

Part of the danger stems from fentanyl being cut into other illicit drugs like heroin or cocaine. Fentanyl is cheaper to make, and it only takes a small amount to achieve a “high” effect with it. When these factors combine, it results in drug manufacturers adding trace amounts of fentanyl to their other products as a means of getting more mileage out of them.

However, even two milligrams of rainbow fentanyl can be lethal. If someone is expecting a different drug, or their body isn’t used to fentanyl, these underhanded decisions by drug dealers can prove fatal.

How Much of a Threat Is Rainbow Fentanyl to Kids?

DEA Administrator Anne Milgram believes that rainbow fentanyl is a way for drug cartels to push addiction on young people. She suggests its bright colors and appealing shapes make it look more “fun” and enticing to children. Drug dealers may take advantage of this when attempting to sell to teenagers and young adults.

Upon learning this, some worried parents believe it means their child will receive free rainbow fentanyl. They fear drug dealers will offer a “sample” of sorts in an attempt to get young people addicted. However, rest assured that the reality looks far different.

First, it is important to remember that drug dealers want to make money. The idea of giving away their stock for free already hurts their prospects, but to do so to children is even less likely to turn into a wise investment.

Young people, especially actual children, typically do not have a steady source of income. Without funds with which to buy additional rainbow fentanyl, they do not make appealing clients to drug dealers, particularly because a child overdose would draw a lot of attention from police.

Sellers want returning, paying clients. They will not continuously give out rainbow fentanyl for free. Otherwise, they would lose more money than they ever make. 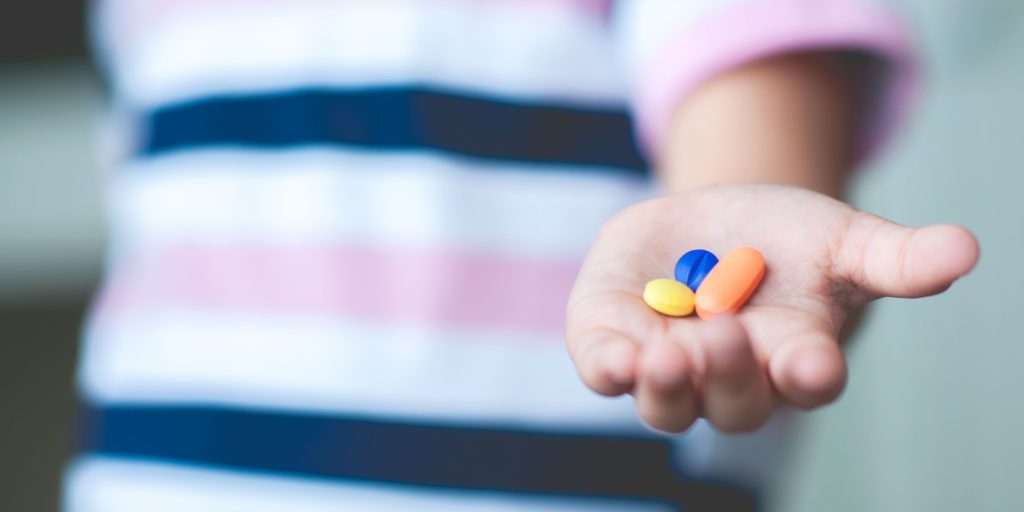 The far bigger risk for children stems from those whose guardians are the ones to purchase and use rainbow fentanyl. If an adult leaves illicit drugs where a young person can see them, they could mistake the pills for candy.

Considering how lethal fentanyl pills can be, this is a major health risk to children. For example, they may eat multiple pieces of “candy” and all but guarantee their odds of overdosing. This can have tragic outcomes, especially if they were already left unattended long enough to find and consume the pills.

Therefore, it is valid to consider rainbow fentanyl a genuine threat to young people. However, just remember that the biggest threat to children comes from within addicted households, not free drugs given out in the streets.

Raising awareness about the dangers of rainbow fentanyl and other opioids can help prevent future cases of addiction. However, it does not help those who have already tried fentanyl and found themselves unable to quit. Fortunately, other resources exist to help those individuals.

The first step to addiction recovery often involves a medical detox. This process allows someone’s body to physically recover from using rainbow fentanyl. We recommend doing so at a specialized medical facility like The Blackberry Center. Otherwise, unpleasant withdrawal symptoms may be difficult to manage without the support of a professional team.

Following detox, someone may opt for one of many potential addiction treatment programs. Depending on factors such as the severity of their addiction and the quality of their home life, the best program for their needs may change.

For example, some individuals benefit the most from intensive, inpatient care, while others may not need quite as highly structured support. Admissions staff and intake professionals can help assess someone’s situation and determine the best course of action for their needs.

Rainbow fentanyl addiction affects everyone differently, and it is crucial for treatment programs to reflect that individuality. In any case, at The Blackberry Center, someone can expect to explore any of the following treatment modalities during recovery:

Furthermore, rehab facilities like The Blackberry Center also offer options for those who have co-occurring mental health issues. Conditions like depression and anxiety can make it harder to overcome rainbow fentanyl addiction. A dual diagnosis program tackles both head-on and ensures they are addressed in tandem.

If you need to stop using rainbow fentanyl, The Blackberry Center can help. We are an addiction and mental health treatment center located just south of Orlando, Florida. Our treatment programs offer a broad range of benefits to help individuals overcome substance abuse.

To learn more, please call our admissions team at 888-512-9802 or consider submitting a confidential contact form online. As the threat of rainbow fentanyl continues to grow, it is important to remember that you don’t have to face it alone. We have the knowledge and resources to help you beat fentanyl addiction for good.