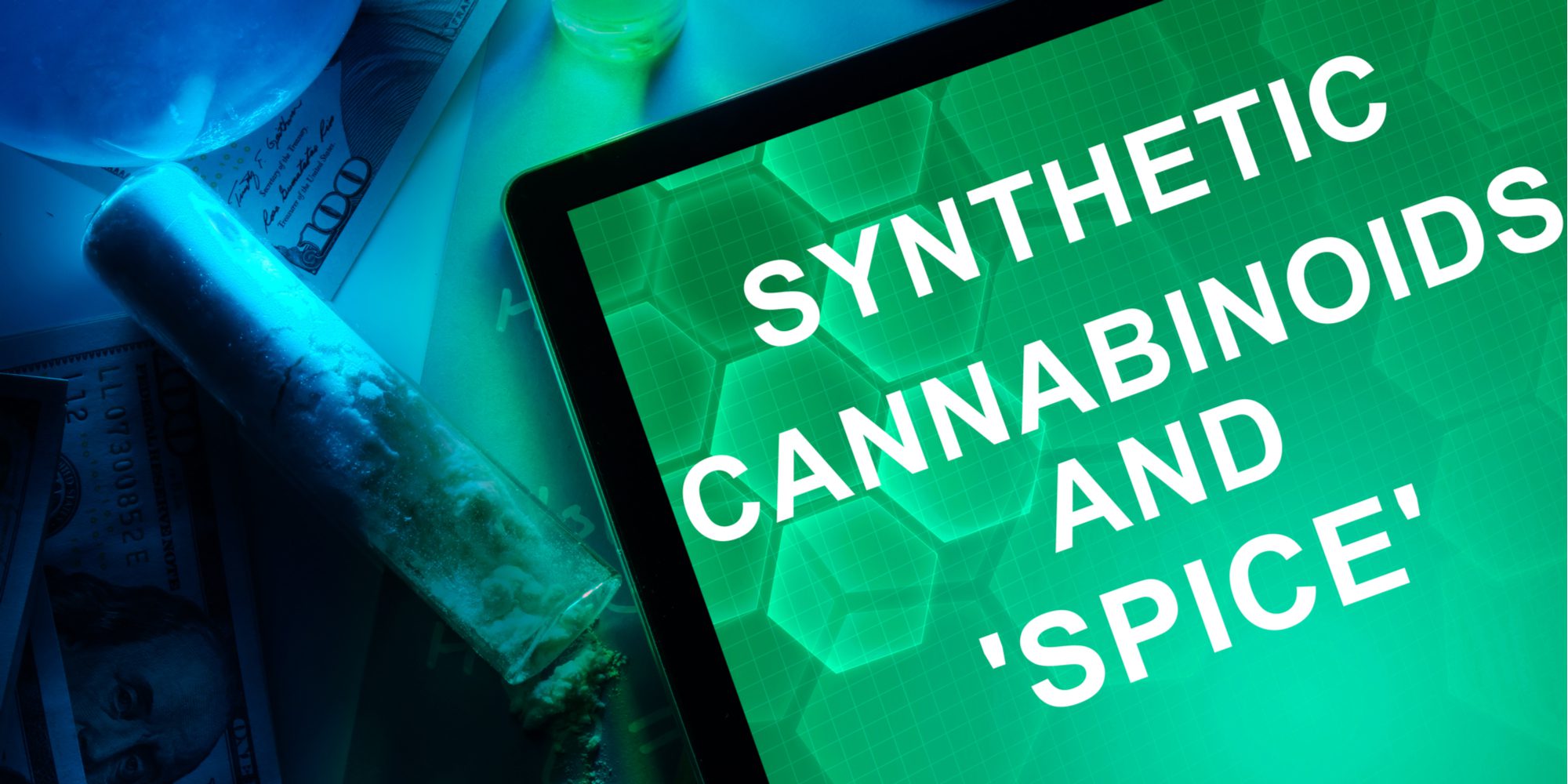 Recently near Tampa, Florida, two people died and over 40 were hospitalized from a poisonous batch of fake weed called spice. Synthetic weed is illegal in Florida, meaning any fake marijuana products come from the black market. This means it is often impossible to know what chemicals were involved in making a batch of spice until the spice drug effects are seen on the body. However, this batch left some telltale clues in the side effects that left so many ill. Learn more about the spice drug effects on the body and why this batch was so harmful. 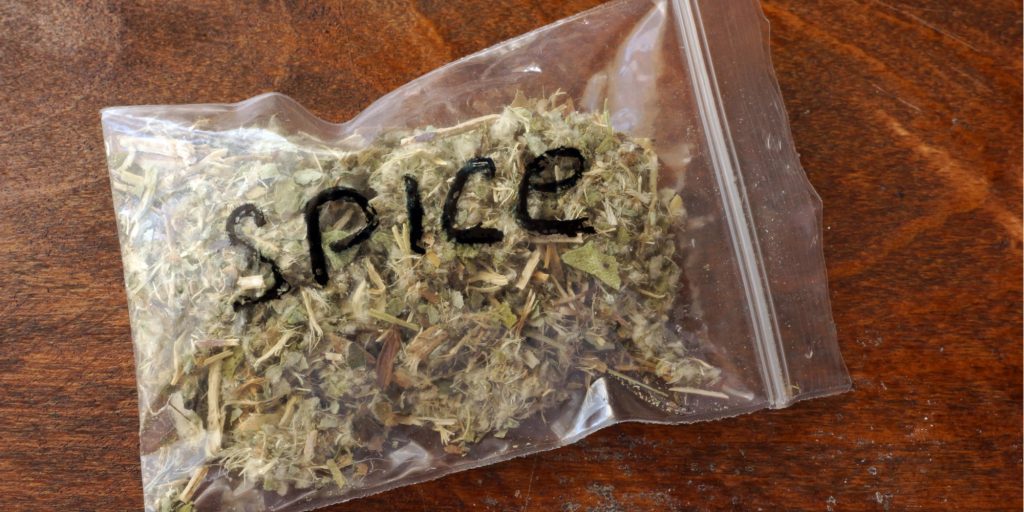 During the 1990s synthetic cannabinoids were created in a lab for research purposes and eventually began being sold as an alternative to marijuana in the 2000s. Street names that fake weed is marketed under include spice, K2 weed, mojo drug, or black mamba to name a few.

To make fake weed, chemicals are usually dissolved in a solvent before being sprayed onto plant matter that resembles marijuana. This liquid form of spice goes by the nicknames liquid K2, spice or K2 spray, or synthetic marijuana spray. But despite the name, there is no marijuana in this product. While these were initially created to allow for medical research, eventually synthetic cannabinoids were deemed illegal due to the lack of medical benefits and adverse side effects that users were experiencing.

Historically, the drug spice has had a relatively innocent image. This is because spice looks like a plant and was often marketed as legal weed. However, the reality is that K2 spice is not harmless. Rather, it’s a mix of toxic chemicals that are constantly changing in order to not be chemically identical to other forms of spice, which have been designated illegal. This means that the same brand of synthetic weed may not cause problems one day, but the next purchase could cause life-threatening side effects.

In general, spice drug side effects are meant to mimic the effects of THC, the psychoactive ingredient in marijuana. These include:

However, there is no THC in spice. Instead, the toxic chemicals are what’s causing the user to experience altered reality when ingesting or smoking spice.

Along with the usual effects of spice, users in Florida also began experiencing:

The reported uncontrollable bleeding is due to an inability to clot blood, termed coagulopathy. Toxicology reports indicated that the chemical added to this batch that caused these life-threatening effects was brodifacoum, or rat poison.

Sadly, this is not the first time that spice has been tainted with rat poison. In the last few years, there have been several occasions where brodifacoum has sent spice users to the hospital. Rat poison is added to the chemical mixture intentionally in an effort to extend the length of the user’s high. Unfortunately, however, the addition of brodifacoum has deemed synthetic weed a dangerous and potentially life-threatening drug. 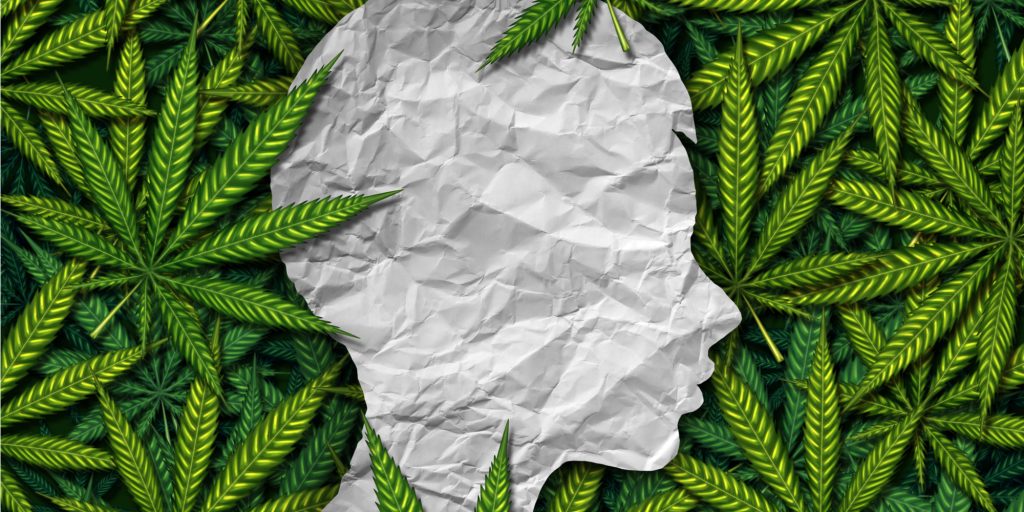 Addiction presents in many different ways. And, despite its marketing as a safer alternative, spice is a dangerous, addictive substance. At the Blackberry Center near Orlando, Florida, we offer a variety of programs to address how addiction or mental health concerns are affecting a person individually. This means that we can adjust any program to meet your particular needs.

At the Blackberry Center, we are also qualified dual diagnosis providers, meaning that we are prepared to treat addiction alongside any co-occurring mental disorders.

It is our mission at the Blackberry Center to provide a full continuum of care that provides assistance with recovery before, during, and after treatment at our addiction treatment facility. To learn more about addiction treatment options in the Orlando area, contact our admissions specialists at 888-512-9802 or use our confidential online form. At the Blackberry Center, you do not have to suffer from addiction alone, we will be with you every step of the way.