Bipolar Disorder and Alcohol: Is It Safe to Drink with Manic Depression? 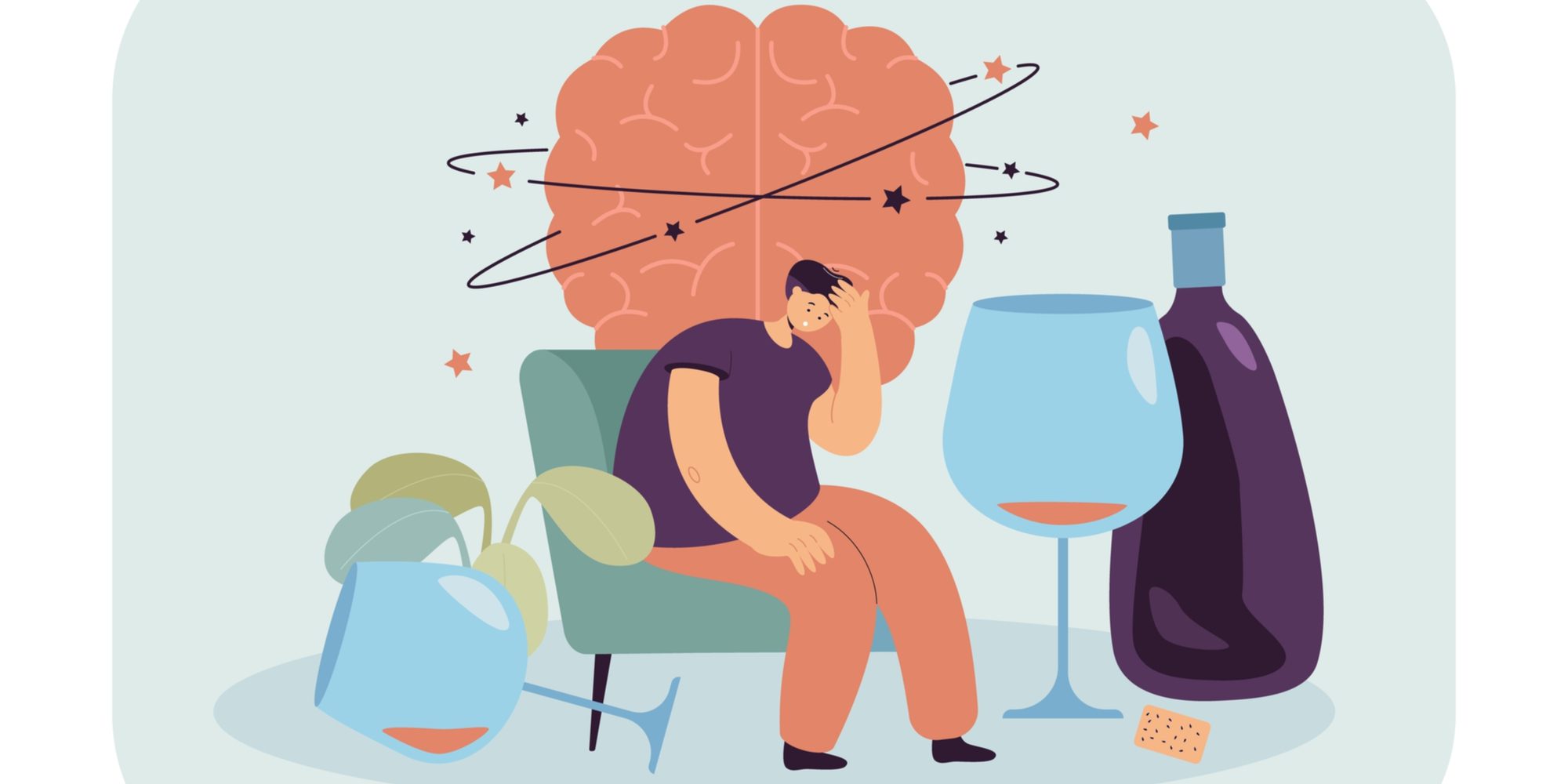 When you live with bipolar disorder, especially if it’s untreated, managing the symptoms can be difficult. This leads many people, sometimes without knowing they have a mental health condition, to combine a bipolar disorder and alcohol. And sadly, the results of mixing an untreated mental illness with alcohol can be disastrous.

That’s why it’s so important to know how to recognize the signs of bipolar disorder and to seek help once you know you have it. Otherwise, you could end up combining your bipolar disorder and alcohol, which can lead to a host of problems throughout all facets of your life. But before we get into the relationship between mental health and addiction, let’s talk a bit about bipolar disorder, specifically. 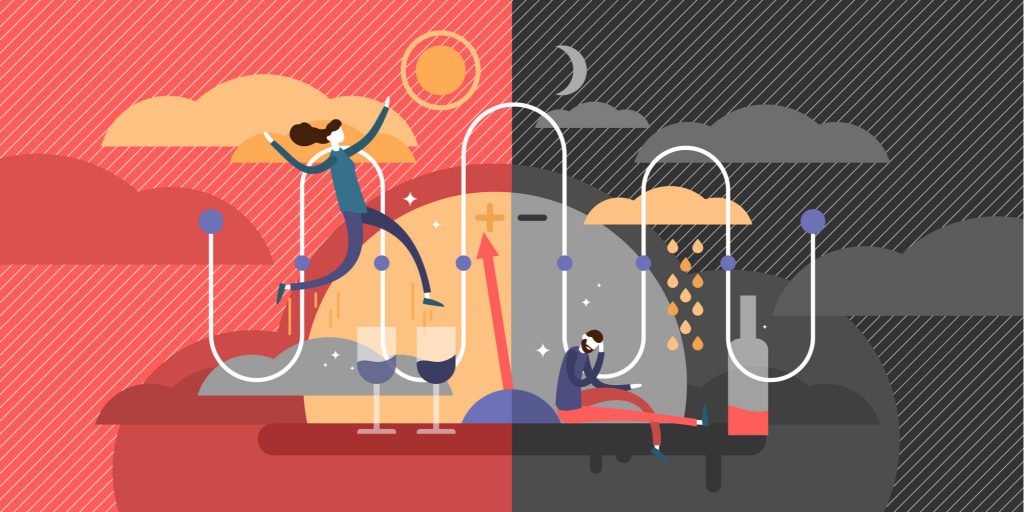 Formerly called manic depression, bipolar disorder is characterized by periods of apathy and depression (depressive states) followed by periods of mania and excitement (manic states). However, there are some popular misconceptions about bipolar disorder. Many people believe that these mood changes happen over the course of minutes to hours, but the reality is starkly different. In fact, these emotional changes can take days or weeks to happen, depending on the type of bipolar disorder.

With bipolar I disorder, manic episodes last for a period up to seven days, and/or they include symptoms so severe that the individuals needs to be hospitalized. Depressive episodes are also a part of this condition, and they may last up to two weeks. In some cases of bipolar I disorder, there may even be periods where these two emotional extremes become mixed, displaying symptoms of both.

For individuals living with bipolar II disorder, however, their symptoms look a little different. They still get depressive episodes, but they also experience hypomania, which is a less intense version of a manic episode. For this reason, it can sometimes be hard for individuals to tell bipolar II disorder from a depressive disorder, which can make it harder for someone to seek help for the right issue.

Bipolar disorder is also much more common than many people believe. According to the latest information from the National Institute of Mental Health, bipolar disorder affects almost 6 million adult Americans, or 2.6 percent of the population. But these are just the people who know about their diagnosis—there could be many more individuals who are unaware of their bipolar disorder.

And with such a variety of symptoms for such a common condition, it’s no wonder that people accidentally (or intentionally) combine bipolar disorder and alcohol. But there are good reasons to avoid drinking, especially heavily, if you have—or think you have—a bipolar disorder.

Is It Safe to Drink with a Mental Health Condition? 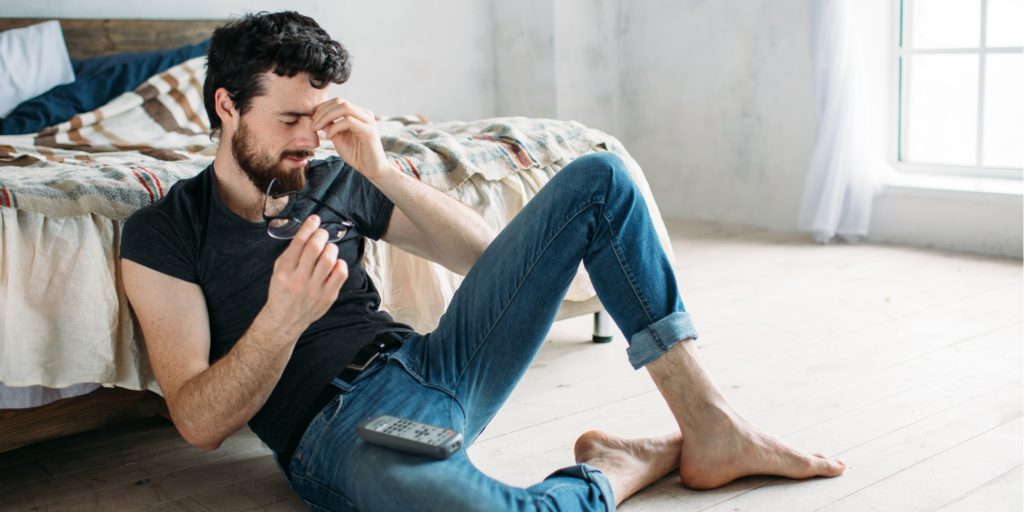 When someone with a bipolar disorder experiences a depressive episode, alcohol can seem like a tempting solution. It’s relatively cheap, it makes them feel better for a short while, and it’s less harmful than taking an illicit drug. At least, that is the perception. The reality is that mixing a bipolar disorder and alcohol is more dangerous than most people realize.

When you start drinking to cope with bipolar symptoms, you are giving up on developing other, more productive coping skills. This means that the next time you’re in need of symptom relief, you’ll turn to alcohol. And the time after that, and the time after that, etc. In this way, bipolar disorder and alcohol abuse can go hand in hand. And the longer you maintain unsafe drinking habits, the more likely it is that you will develop an alcohol use disorder.

Even in people with treated bipolar disorder, alcohol can be a dangerous addition. Depending on what medication you’re taking, the effects of alcohol may intensified or cause new side effects. For this reason, there may be a connection between bipolar disorder and alcohol blackouts, vomiting, and other severe side effects of drinking.

How to Get Help for Bipolar Disorder and Alcohol

Unfortunately, finding help for a combined bipolar disorder and alcohol use disorder can be complicated. Traditional mental health programs don’t address addiction, and a conventional alcohol rehab may not account for symptoms of bipolar disorder. So for people who need help treating these co-occurring disorders, there is often only one path forward.

First, like for other people with alcohol use disorders, most people will start with a medical alcohol detox. This is a short-term program, usually lasting seven to 10 days, where you can completely get alcohol out of your system. And with 24/7 medical supervision, you can be confident that your withdrawal symptoms will be actively monitored and treated to keep you both safe and as comfortable as possible. But while alcohol detox does a great job of addressing the physical component of addiction, additional treatment is necessary to treat the ongoing mental aspect of a substance use disorder.

If you need help for both bipolar disorder and alcohol addiction, a dual diagnosis program may be exactly what you’ve been waiting for. With this inpatient mental health and addiction treatment program, you can treat mental illness and addiction simultaneously and comprehensively. In this way, professional help can treat the root causes of addiction rather than just the symptoms. Moreover, you will also learn how to manage bipolar disorder symptoms in ways that are healthy and constructive.

Click now to gain your independence from drugs and alcohol with support from the caring staff at Blackberry!