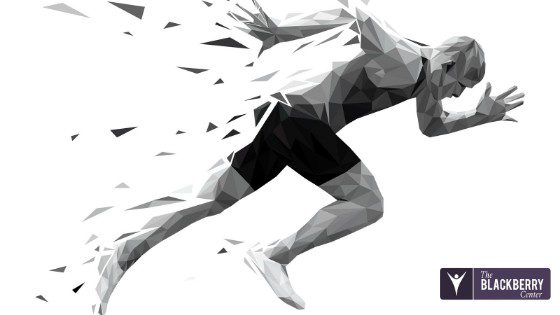 Athletes at all levels are under tremendous pressure. Fans, coaches, family, and teammates may induce stresses that push many athletes to the edge. This pressure is a double-edged sword. It can give athletes the extra motivation they need to succeed, but it can also create stress that leads to substance abuse.

When athletes turn to drugs or alcohol, it can ruin their career, as well as their health and relationships. Athletes are just like the rest of us. When they struggle with drug and alcohol dependence, they need help. That’s why some have turned to faith-based recovery programs that incorporate God into addiction recovery.

Why Do Athletes Abuse Drugs and Alcohol?

To the outside eye, professional athletes have it all. They have fame, money, and the opportunity to show off their talents on the world stage. But athletes also face incredible amounts of pressure. The pressure to succeed drives many to use performance enhancers like steroids.

Pain is another serious factor. Take NFL athletes for example. 71% of them report misusing opiates at some point during their career, often to treat pain from injuries. Put together, it’s not surprising that a significant amount of athletes in all sports abuse drugs and alcohol.

These 5 athletes highlight how faith-based recovery can work. They show how spirituality can give you the support you need to stay sober.

Vance played for the Denver Broncos for nearly ten years. He was part of a golden run of three Broncos Super Bowl appearances in the 1980s. As a wide receiver, he had several 1,000 yard seasons, was a key clutch player and particularly known as one part of the Broncos lethal wide receiver trio nicknamed “The Three Amigos.” Vance also suffered from alcoholism during this time which led to depression, abuse, and other negative side effects. As his football career started winding down, Vance knew he needed to get help.

He joined a faith-based recovery program that not only tackled his physical addiction but the underlying problems that led him to substance abuse. He rediscovered his faith and spirituality that lead him to a stronger relationship with Jesus Christ. Now he’s not only been sober for two decades but actually leads his own faith-based recovery program and treatment center that has inspired thousands of people around the country.

In 1999, the Tampa Bay Devil Rays signed Josh Hamilton as the number 1 pick in the MLB

Trip. He was a five-time MLB all-star, traveled to the World Series multiple times and even picked up an MVP title. He had it all and rose to become one of the most successful baseball players in history. Sadly though, he picked up an addiction to drugs and alcohol during his professional career. It was so serious that the MLB actually banned him from the league between 2003 and 2005 after several failed drug tests.

Even after then he experienced several relapses even during substance abuse treatment. Hamilton has had to work hard to stay sober, but he fights for it every day. Now he uses his fame as a way to help others saying “I haven’t gotten tired of telling this story yet… It’s my obligation – no, it’s my privilege – to tell it to whoever wants to hear it. I realize how fortunate I am. If people can see that I’m not that different than them, maybe it can help them, too.” Once again, the key factor that has helped him stay clean is his faith in the Lord which has given him the spiritual strength he needs to stay sober.

In 1994, Oksana Baiul was a gold-winning Olympic figure skater. However, just 3 years after winning the medal, she was arrested for drunk driving after crashing her car into a tree. The pressure of training for the next Olympics combined with maintaining the elite level of skating was just too much for her. In late 1997, she entered rehabilitation and began turning her life around. In 2004, after six years of sobriety, she noted it was more important to her than the Olympic gold medal. Since then, she has managed to stay sober and been involved in numerous charitable and education campaigns designed at promoting health and wellness for female athletes.

Chris Herren though he had it all when he signed to play with the Boston Celtics—his hometown team. Unlike many athletes who fall into a cycle of abuse and addiction during their professional careers, addiction has always shadowed Chris. Administrators expelled him from Boston college for cocaine abuse and although he finished his college degree at Fresno State, he also had to complete a drug rehab program there.

During his professional career, his addiction to cocaine and Oxycontin, and later heroin grew to a near-deadly level. After a severe overdose in which EMT personnel had to bring him back to life, he realized just how serious the situation was. He got clean and started Hoop Dreams with Chris Herren along with The Herren Project which both promotes education and drug awareness. For him, he realized sobriety was not going to be an easy process. But with professional and spiritual help, he managed to recover and become a role model for thousands of other people.

Brett Favre is one of the most famous quarterbacks of all time. For nearly twenty years, he led the Green Bay Packers to be one of the most dominant forces in football. He holds a huge range of records in nearly every category from career pass completions, consecutive starts, touchdowns, and more. Like other players, however, he’s suffered from opiate addiction. Professional football takes a serious toll on athletes bodies and after multiple injuries and surgeries, Favre found himself with a serious painkiller abuse problem.

After a near-fatal incident in which he suffered severe seizures, he realized it was time to seek help. At the time, he was taking a month’s worth of pain medication in just two days. He went into drug treatment, got clean and continued to play in the NFL at the extremely high level that made him famous. Favre has now opened up about his experiences noting that addiction can hit anyone. From top athletes to doctors and lawyers, and that’s why it’s so important to get treatment. He’s been sober for 22 years. In his post-NFL career, Favre educates people about the dangers of opiates and how people can find long-lasting strategies for sober living.

Why Athletes and Faith-Based Recovery Go Hand in Hand

Everybody has a stressful life. But professional athletes have the added pressure of having to perform in front of TV cameras and millions of people. They know what it’s like to constantly be under a spotlight. Whether it’s using performance-enhancing drugs to gain a competitive edge or narcotics to deal with stress, athletes constantly face the temptation to abuse substances. These five athletes are just the success stories. Unfortunately, so many others continue to battle addiction or have even lost their lives to drug and alcohol abuse.

That’s because treatment is more than just admitting you have a problem. It’s also about finding the right programs that tackle the underlying emotional and spiritual problems that cause addiction to happen in the first place. Ultimately, it’s the athletes who have embraced a faith-based recovery who have managed to not only get sober but stay sober. These people use these moments to rekindle their relationship with God and their spiritual community to come out the other side of addiction, healthier, happier, and more balanced not just in their sports careers, but in all aspects of their lives.

We can help you

At The Blackberry Center, you will have the opportunity to begin the journey to lifelong recovery in our state-of-the-art facilities.

If you or one of your loved ones are struggling with addiction, we can help. We use a personalized approach to addiction treatment. Our focus is on treating the disease, not the symptoms. We put our patients first every step of the way.

Our substance abuse-only treatment programs include detox, residential and PHP.  Our on-site rehab programs focus on a comprehensive recovery approach. They address your physical, mental and spiritual needs for optimal wellness.

Your needs are unique. We treat you as such.

Reach out for help today

You may be struggling with long-term addiction. Or you may be fighting strong temptations. We can meet you where you are in your fight for sobriety.