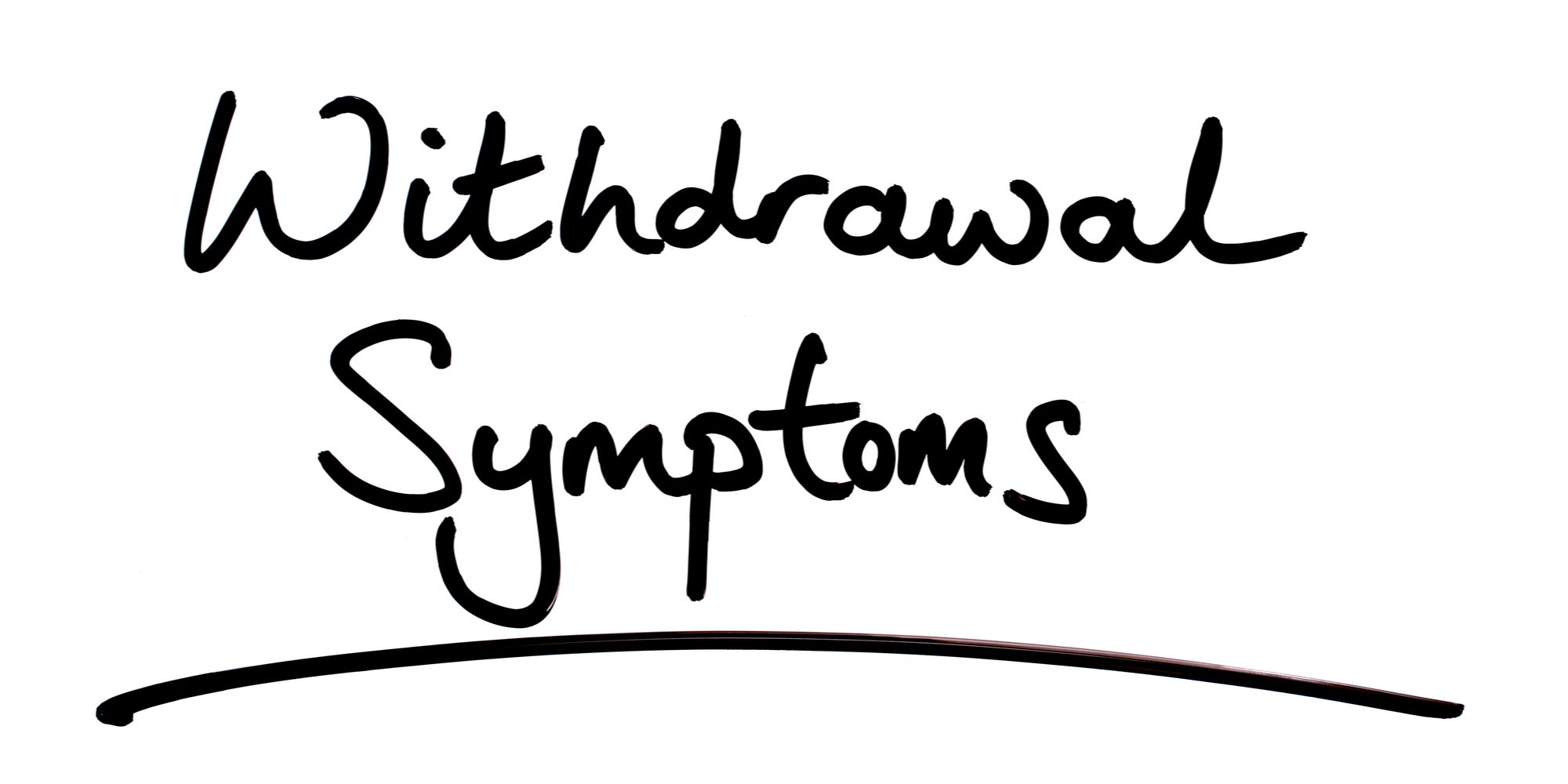 Alcohol is the most commonly used intoxicant in America. According to the National Survey on Drug Use and Health, 85 percent of adults reported having drank alcohol at some point in their lifetime, and 69 percent reported that they drank within the past year. For adults who drink moderately and responsibly, the negative health effects of alcohol are few. But binge drinking and chronic alcoholism can lead to many negative health effects, such as uncontrollable tremors, alcohol seizures, and even hallucinations. 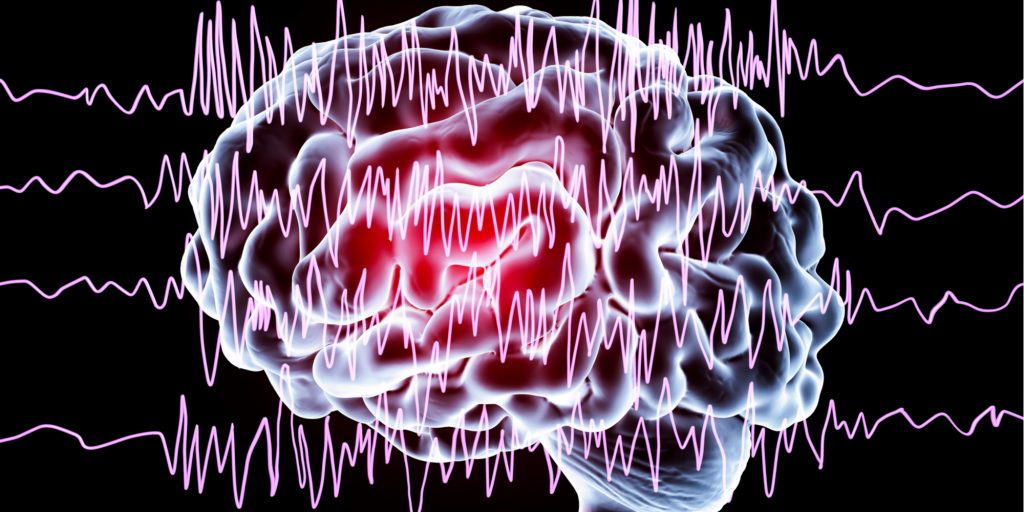 Most of these negative health effects are alcohol withdrawal symptoms. These happen when you stop drinking after a long period of excessive drinking. The body becomes accustomed to operating under the influence of alcohol, so when it stops processing alcohol, it begins to operate abnormally as it attempts to return to its baseline behavior.

The link between alcohol and seizures is due to alcohol withdrawal causing electrical disturbances in the brain. Then, withdrawal symptoms happen as the brain attempts to return to normal without the effects of alcohol. Some common alcohol seizure symptoms include:

While it’s often thought that seizures create convulsions in the body (the body shaking quickly and uncontrollably), not every seizure looks like this. While drinking alcohol can result in seizures, seizures due to alcohol withdrawal are not typical when only small amounts of alcohol are ingested. In fact, it’s quite uncommon for someone who only has alcohol on occasion to experience alcohol seizures.

This is because most people don’t consume enough alcohol frequently enough to cause a physical dependence on it. Alcohol use disorder (AUD) is the term for people who have issues with alcohol, causing them to drink uncontrollably and impulsively. In general, withdrawals only happen when people drink copious amounts of alcohol.

People suffering from AUD have a much higher likelihood to experience alcohol withdrawal symptoms when they stop drinking. And the more they’re accustomed to drinking, the more severe these symptoms are likely to be.

Alcohol seizures are not the only complication that can arise from alcohol withdrawal. Initial withdrawal symptoms usually begin six to 12 hours after a person stops drinking. These symptoms are usually mild, and often include elevated blood pressure and heart rate, sweating, tremors, and nausea or vomiting.

Alcohol seizures typically occur between 24 and 48 hours after the last time the person has drank alcohol, and can last for several days. In this stage of alcohol withdrawal, fever, insomnia, anxiety, irritability, nightmares, and seizures can occur. Loss of appetite and general mood swings are common, as the levels of behavioral chemicals in the brain vary rapidly while going through withdrawal.

A particularly dangerous condition that can develop while going through alcohol withdrawal is delirium tremens, or DTs. Delirium tremens is particularly dangerous and possibly even fatal, causing symptoms like hallucinations, difficulty breathing, intense sensitivity to sound or light, irregular heartbeat, confusion and paranoia, and an increased intensity of alcohol seizures.

If left untreated, delirium tremens can become a serious medical emergency. People going through DTs can have heart attacks, stop breathing, or experience hallucinations or delusions that cause them to put themselves into dangerous situations. It is vital that if you experience any of the symptoms of DTs that you seek professional medical help immediately.

Going through alcohol detox at home is highly dangerous due to the variety of symptoms that can occur. Alcohol detox can go from unpleasant to being life-threatening very quickly. And without proper medical supervision, permanent damage from alcohol seizures or death from respiratory or heart failure are possible.

Medically supervised alcohol detox is more than just getting the alcohol out of your system. Your symptoms will need to be monitored carefully to ensure your health is not in danger. During medically supervised detox, staff will check things like your heart rate, blood pressure, and fluid levels to make sure things are progressing well.

If there are any problems during the detox process, doctors may prescribe certain types of medication or help to rehydrate you with an IV drip. Benzodiazepines are commonly prescribed for those experiencing alcohol seizures due to withdrawal, as their anticonvulsant effects help prevent seizures and neurological damage. 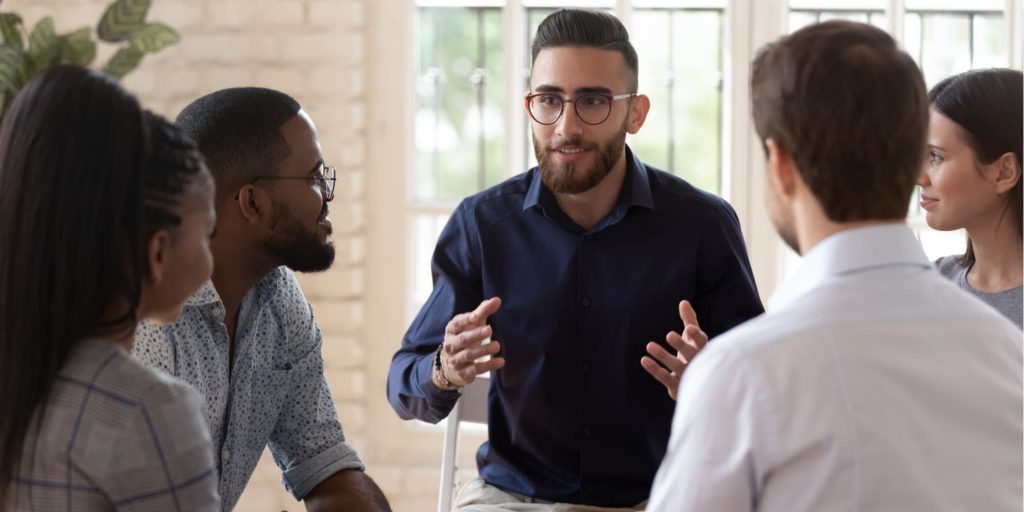 Many people who suffer from mental illness turn to alcohol as a way of coping with the symptoms of their mental disorder, and eventually develop a dependence on alcohol to get through daily life.

This can complicate their treatment for both their mental disorder and AUD. Both of these issues need to be treated simultaneously in order to help reverse the damage caused and ensure healthy living afterwards. For this reason, it is highly recommended that those with co-occurring disorders seek a dual diagnosis inpatient rehab program that will treat both their addiction and mental issues under the supervision of medically trained staff.

In dual diagnosis treatment programs, patients work closely with therapists and doctors in order to learn healthy behaviors, come up with coping strategies, and manage any possible medications.

Getting Help for Alcohol Seizures

If you or somebody you know are experiencing alcohol seizures, it’s a clear sign that professional help is needed. At The Blackberry Center, we’re dedicated to helping those struggling with alcohol abuse begin the journey to lifelong recovery.

At our state-of-the-art facility in St. Cloud, Florida, we offer a medically supervised alcohol detox program, as well as ongoing alcohol addiction treatment. Our treatments include:

For those who suffer from alcohol use disorder as a result of coping with co-occurring mental illness, we also offer an extensive dual diagnosis treatment program. No matter what your unique situation calls for, we’re here to help.

Whether you’re looking for help with alcohol seizures, dealing with the symptoms of alcohol withdrawal, or just have questions about how we can help you improve your mental well-being, we invite you to contact us at 888-512-9802 or by using our confidential online form. Recovery begins with the first step.