Liquid G, a popular club drug of the 1990s, has been showing up again with a new crowd of younger users.

Described as similar to alcohol when taken in small amounts, liquid G is known to increase sociability, decrease inhibitions, and create a relaxed state. At only slightly higher dosages, however, liquid G has proven deadly.

Learn about liquid G (also known as GHB or G), its chemical cousins, and what to do if you suspect a GHB overdose.

What Is Liquid G? 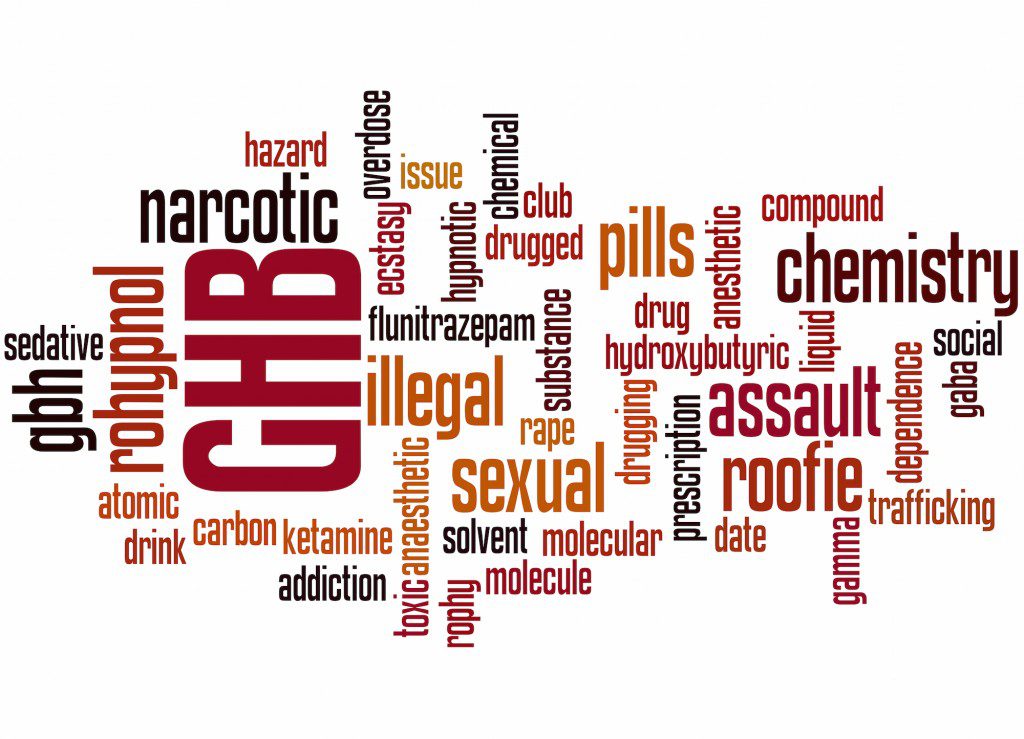 Liquid G is a clear liquid drug that acts as a central nervous system depressant. Also known as GHB (gamma-hydroxybutyrate), the drug is odorless and almost tasteless, making it easy to mix with drinks. Historically, this has made it popular as a date rape drug because of how easy it is to slip into a drink, but GHB does have a few legitimate purposes.

In trace amounts, GHB occurs naturally in the body, and it used to be a popular anesthetic in the 1960s, but it stopped being used because of side effects, including seizures. Further, liquid G in its legal form is a prescription called Xyrem, a medication used to ease symptoms of narcolepsy.

Illegally, liquid G has been most popular among fitness enthusiasts and club-goers, especially in the LGBTQ+ community. The former utilizes G for its believed ability to improve muscle tone and the latter for its intoxicating effects. In the latter, it has experienced a resurgence as a popular party drug, particularly among younger individuals.

Some GHB street names include:

If you’re wondering how to make GHB, consider that GHB ingredients contain a mixture of harmful chemicals that are generally used in paint strippers and drain cleaners. Since legal consequences for GHB have increased, makeshift chemists are creating liquid G out of its chemical cousins: GBL and BDO.

GHB Alternatives: The Same but Different

GBL, or gamma-butyrolactone, and BDO (1,4-butanediol) are chemicals found in floor cleaners that have qualities similar to GHB. In fact, once consumed, both GBL and BDO are converted to GHB in the body, making them attractive alternatives to GHB users.

The potency of these chemicals is stronger than those found in liquid G, however, making dosage even trickier to estimate. Not surprisingly, this increased potency elevates the risk of side effects when ingesting these powerful drugs.

The Dangers of Liquid G & Its Counterparts

The G drug is a powerful depressant, and overdose presents a real and present danger to GHB users.

This is because GHB dosage measurements are rudimentary at best, with screw-off caps from soda bottles or eye droppers often being used as measuring devices. Even when measured precisely, GHB dosage is easy to miscalculate, as batches are frequently made in homemade “labs” (sinks and bathtubs) without uniformity. Even when made perfectly, the difference between a high and an overdose is very thin with liquid G. This makes the strength of dosage near impossible to decipher until ingested.

Liquid G is also regularly consumed with other substances rather than taken alone (common combinations include GHB and alcohol and GHB and ecstasy). The depressive effects of GHB make mixing GHB with alcohol (or any other “downer”) a particularly dangerous combination.

Short-term side effects of GHB include confusion, hallucinations, and unconsciousness. The trademark comatose unconsciousness that accompanies an overdose on GHB puts a person at considerable risk of both medical issues and, depending on the location, personal safety issues.

Side effects of GBL and BDO mimic those of GHB, with slowed respiratory function, confusion, vomiting, seizures, and unconsciousness widely reported.

Long-term side effects of GHB, GBL, and BDO include tolerance, dependency, memory loss, psychosis, and fatal overdose due to increased dosage. 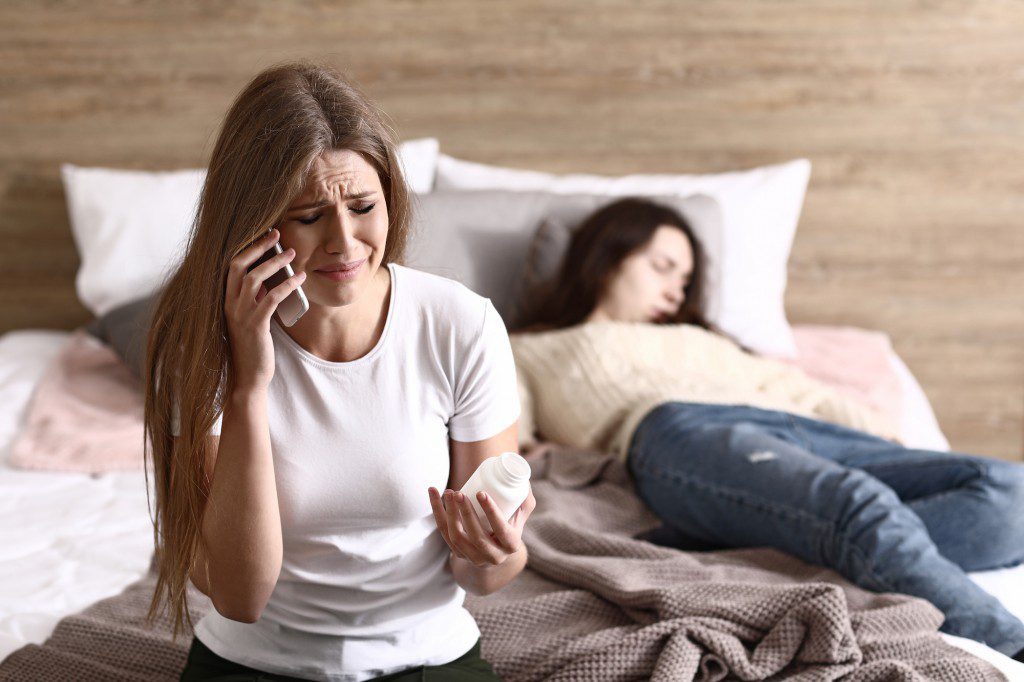 If you suspect someone is abusing liquid G, there are a few telltale signs of GHB overdose.

A person overdosing on G is said to be entering a “G-hole” in slang terms. Overdose symptoms include:

If you see someone exhibiting symptoms of GHB overdose consider the following steps:

Unfortunately, there are no drugs available to counteract the effects of GHB, but medical attention can help resolve respiratory issues and make sure that their vital signs stay strong.

When taken regularly, even for a short amount of time, liquid G is physically addictive. When GHB users quit taking the drug, withdrawal symptoms are likely to occur.

Given the severity and unpredictability of withdrawal symptoms, GHB detox at home can be dangerous. For that reason, a medical detox program is recommended instead. With professional care, you can detox while knowing that you’ll be kept safe and comfortable with 24/7 medical supervision.

At the Blackberry Center in St. Cloud, Florida, our team members are leaders in detox and addiction treatment. We understand where you are coming from, and are ready to meet you where you are at in your recovery journey.

Our treatment options span beyond addiction treatment to:

With your input, we will create an individualized treatment program that fits your unique needs so that you may reach your recovery goals. At the Blackberry Center, our Florida rehab center is committed to assisting you before, during, and after addiction treatment.

To get started on your addiction recovery from liquid G or any other substance, contact us at 888-512-9802 or fill out our confidential online form.

Can you overdose on GHB?

Yes. Overdosing on GHB is a common side effect because of the potency of the chemical and unpredictability between batches. Symptoms of Liquid G overdose include confusion, hallucinations, seizures, and comatose unconsciousness. Severe overdose results in respiratory distress.

How long does GHB stay in your system?

GHB has a half-life of about 45 minutes, meaning it leaves the system very quickly. The drug is detectable in blood for approximately four hours and in urine for about 12 hours.

How is GHB made?

GHB is often made illegally in homemade labs from the chemicals found in cleaning supplies. These include either GBL (gamma-butyrolactone) or BDO (1,4 butanediol) along with sodium hydroxide or potassium hydroxide.

Dosages are nearly impossible to standardize, and effects will not be known until ingested.

In tiny amounts, the effects of GHB are described as euphoria, relaxation, improved confidence, and increased sexual desire. In slightly higher amounts, however, the drug is known to cause confusion, hallucinations, and comatose unconsciousness.

What does GHB stand for?

GHB stands for gamma-hydroxybutyrate. It is an odorless, nearly tasteless, liquid drug that often results in overdoses due to its significant potency.

GHB (gamma-hydroxybutyrate) is a powerful central nervous central depressant that is often illegally formulated from GBL, a chemical found in paint strippers and floor cleaners. Liquid G (GHB) became popular in the 1990s within fitness circles and club raves. It is currently seeing a resurgence, especially among the LGBT community.