What Is the Most Addictive Drug? 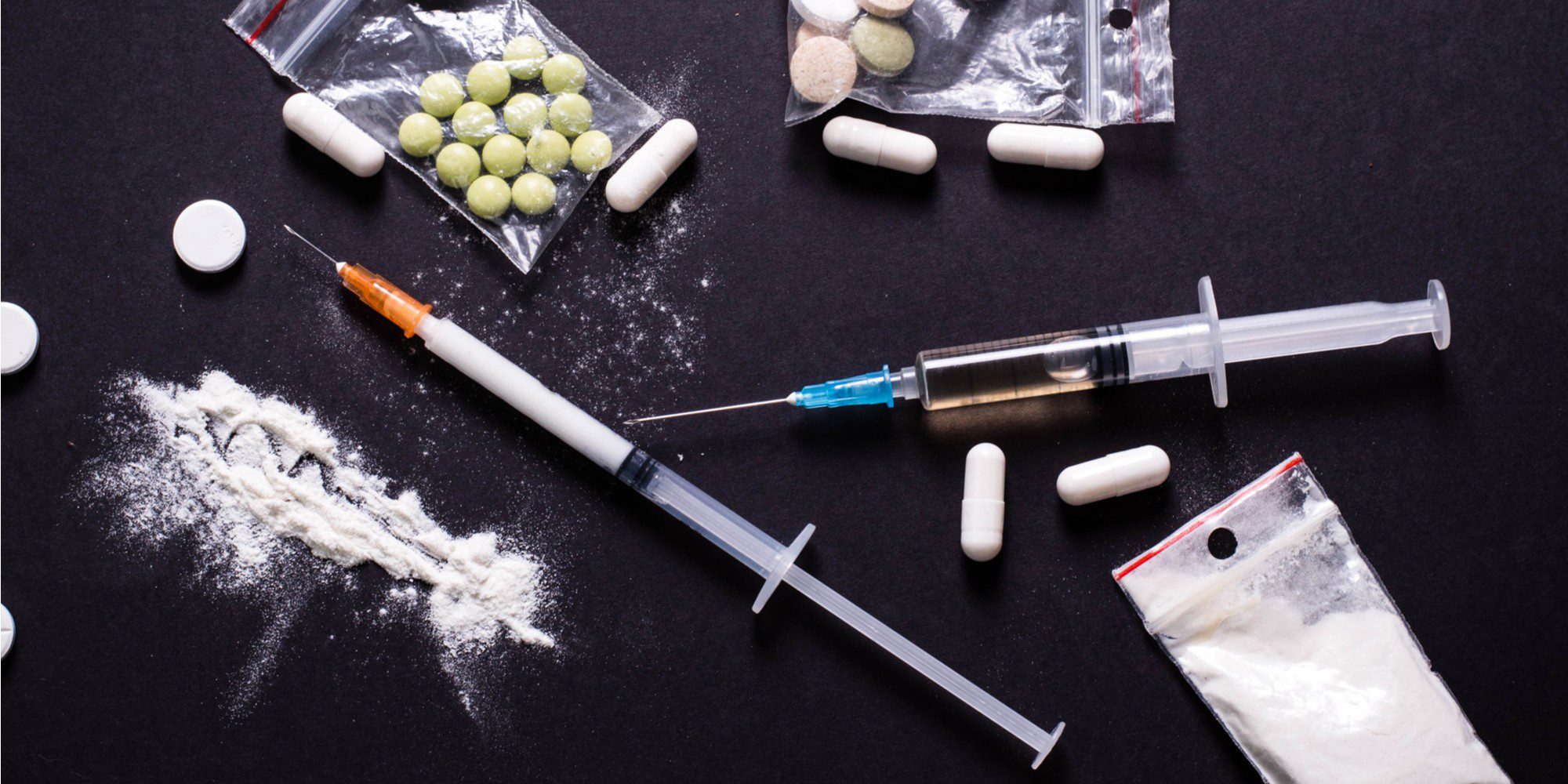 Drug use is a serious problem in America. Each year, millions of people suffer from a substance use disorder, and tens of thousands will lose their lives as a result. A study conducted by the National Center for Drug Abuse Statistics (NCDAS) found that 31.9 million (11.7%) Americans over the age of 12 currently use illegal drugs [1]. It also found that 20.3 million of those surveyed admitted they had a substance use disorder. While drug use continues to rise each year, a common question many people have is, “what is the most addictive drug?”

Understanding what these substances are, and why they are so enticing can help you better understand addiction. Below is a list of the top 5 most addictive drugs. In addition,  information on where you can find help for drug addiction in Central Florida is included.

The Most Addictive Drugs

According to the National Institute on Drug Abuse (NIDA), heroin is the fastest-acting and most abused opioid in America [2]. Opioids are a type of drug that relieves pain and provides users with a euphoric-like “high.” Opioids include drugs such as prescription pain killers like oxycodone and morphine, to illegal street drugs like heroin and fentanyl.

Heroin is most often injected directly into the veins, but can also be snorted or smoked. One of the reasons heroin is considered the most addictive drug is that it can quickly cause physical dependency in users. Heroin can also be found in the form of a sticky black substance known as “black tar” heroin, which is thought to be even more addictive.

When someone uses heroin, the drug blocks the brain’s pain receptors, which can bring about feelings of relaxation and pleasure. Heroin also stimulates the brain to release dopamine, the “feel-good chemical,” which triggers the brain’s reward center and leads to intense cravings.

Of the nearly 71,000 drug overdose deaths in 2019, over 70% involved an opioid [3]. Heroin overdoses are usually the result of a user who takes too much, although any amount of heroin can be deadly. Since heroin is one of the most addictive drugs, its users soon develop a tolerance and require higher doses of the drugs to get the effects they are seeking. This can eventually lead to overdose and even death.

The stimulant drug cocaine is highly addictive and is thought to be one of the most addictive drugs used in America. Cocaine creates an intense high that can be felt within minutes of use. Someone who uses cocaine may feel increased levels of energy, excitement, and alertness. This is because cocaine floods the brain with dopamine, creating a short-lived but intense high.

Since cocaine provides users with short bursts of intense highs, it is very common for cocaine users to use increasingly larger doses to avoid coming down. This is known as ‘binging’ and can be extremely dangerous. Increasing the cocaine dosage can lead to drug-induced psychosis, stroke, cardiac arrest, and death in extreme cases.

Due to this increased likelihood of addiction, crack cocaine is considered one of the most addictive drugs available. Crack cocaine provides users with an intense, fast-acting high that hits the brain much faster than its powdered counterpart. 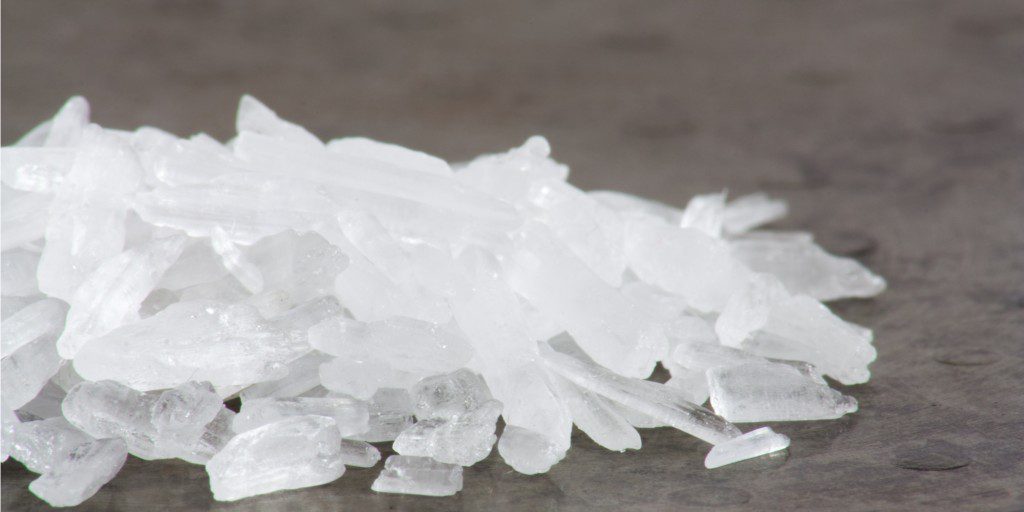 Methamphetamines, also known as meth or crystal meth, are extremely powerful stimulant drugs that cause a physical high and euphoric feelings. According to a 2019 study conducted by NIDA, about two million people aged 12 and older used meth in 2019, and around 1 million of those were addicted [4].

Meth can be smoked, snorted, or injected. This stimulant can increase focus, disrupt sleep and appetite, and increase excitability and pleasure. In large amounts, it may also have psychotic side effects or cause aggression and violence.

Crystal meth is often thought of as the most addictive drug in the world, due to its potency and widespread availability from street dealers. The effects of meth occur rapidly, and much like cocaine, they subside fairly quickly. In turn, his leads to repeated use, or binging, which can result in a meth user staying awake for hours or days on end with little to no sleep or food.

Tolerance to meth develops quickly, prompting users to take more to keep feeling its effects. These increased dosages can lead to drug dependence. Over time, meth can cause damage to the regions of the brain related to learning, memory, and emotional regulation. Meth also significantly depletes levels of dopamine and alters the way the dopamine receptors in the brain work.

Some studies have shown that upwards of 44% of regular benzodiazepine users become dependent on the drug [6]. Benzodiazepine dependence can occur in any user and can be difficult to taper off. Withdrawal from benzodiazepines typically occurs within one to four days after discontinuation, with symptoms ranging from insomnia, anxiety, panic attacks, and muscular pain and stiffness.

When you think of the most addictive drug, one of the things that probably doesn’t come to mind is alcohol. Given alcohol’s legal status, many don’t consider alcohol a drug at all. It is that same logic that lands alcohol as the fifth most addictive drug. Since it’s legal, readily available, and widely used, alcohol is one of the most commonly abused drugs in the U.S.[7].

Alcohol is a depressant, which means it relaxes the body by slowing it down. Due to the legality and widespread availability of alcohol, it is extremely easy for people to develop an alcohol addiction. In fact, in 2019, more than 14.5 million people over the age of 12 reported they had an alcohol use disorder. Over time, alcohol addiction can lead to serious health conditions such as liver disease, pancreatitis, and heart disease.

Someone who is addicted to alcohol can suffer from serious withdrawal symptoms when trying to quit drinking. While alcohol may be a legal substance for those over the age of 21, it is still considered one of the most addictive drugs available.

If you or someone you know is struggling with an addiction to any drug, legal or illegal, it’s important to know that help is available. 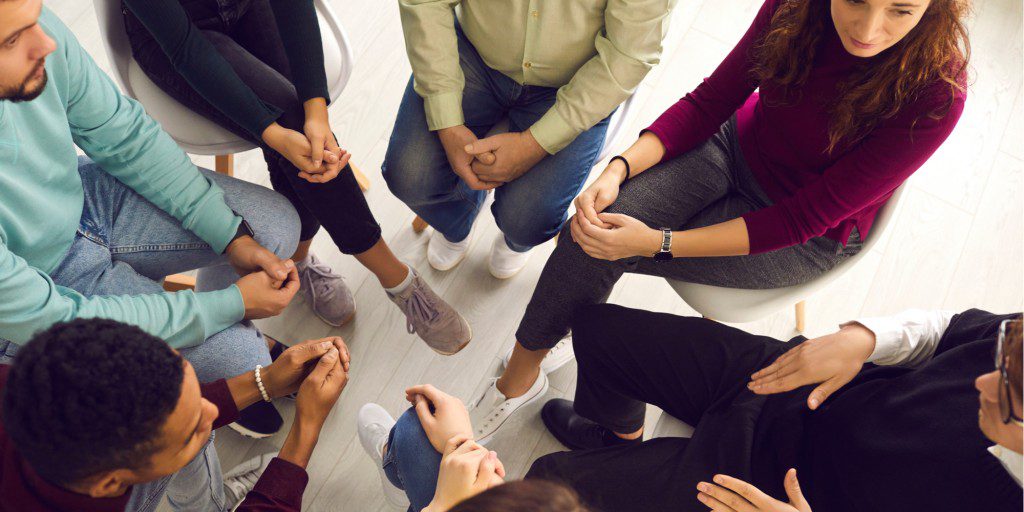 Habit-forming drugs can be extremely difficult to quit using, especially when they have been used for an extended period of time. Thankfully, addiction treatment is proven to help, even for people who are dependent on some of the most addictive drugs. At the Blackberry Center in St. Cloud, Florida, our qualified staff is no stranger to addiction. We understand that not all addictions are created equal, that’s why we take an individualized approach towards recovery.

Along with medical detox, our patients have access to many different treatment options, all of which can be tailored to their exact needs. Some of those treatments include:

If you’re struggling with addiction, or if you have more questions about what the most addictive drug is, give us a call at 888-512-9802. Alternatively, you can also contact us online by using our confidential contact form. At the Blackberry Center in St. Cloud, Florida, we understand that reaching out for help is hard, but no one should have to struggle with addiction alone. Whenever you’re ready, we’ll help you start your journey towards a meaningful recovery.